I believe I have come across a bug in the implementation of the StoreFront monitor in the Citrix NetScaler 10.5. The issue may also exist in previous versions, but I have not tested it.

The NetScaler I was working on was sited in a secure network, with a firewall between the NetScaler and the internal network. Shown below: 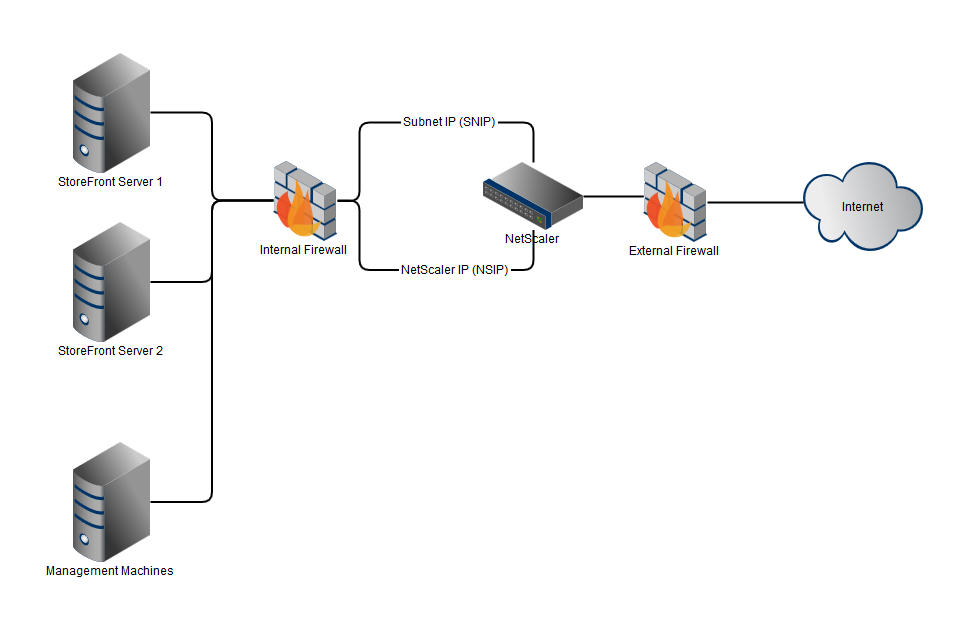 I had the following firewall rules in place:

The two StoreFront servers, in a load balanced configuration, were constantly showing as down. Expanding the Service Group and looking at the probe results just showed ‘Probe Failed’. To verify connectivity, I created a HTTPS monitor for the same pair of servers, but strangely this monitor always showed as Up.

Running a WireShark trace on the SNIP was not showing any HTTPS requests being sent from the SNIP. Running the same WireShark trace but using the NSIP address showed multiple regular requests from the NetScaler. Another rule was added to the firewall, as per the table below, and the StoreFront monitors changed state to Up almost immediately.

I don’t believe that this is by design from Citrix, as their documentation for the NetScaler clearly states that the SNIP should be responsible for the monitoring of services and communication with backend services. Hopefully this bug/issue will be resolved in a future release.

Thankfully in the situation I am currently working on, allowing the NSIP the ability to see the StoreFront servers and subsequently monitor them was not a problem (although another hole in the firewall) but I can imagine that a number of deployments may not have the flexibility to configure their network or firewall in this way.