Absence & Cover Analysis is a spreadsheet which uses the absence and cover information that is provided by SIMS to produce tables and charts which provide an insight into the data – something that we cannot make SIMS natively provide us with.

After processing the information, you are provided with the following tables and graphs.

All provided in an easy to use package!

Some images of the output data are below to give you an idea of what you may be able to produce. 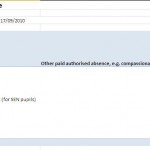 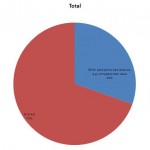 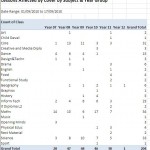 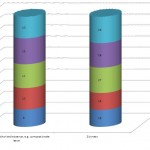 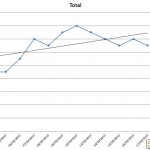 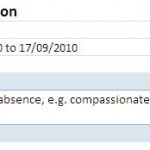 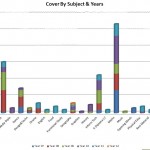 A package containing the necessary reports from SIMS and the Excel spreadsheet itself is included below, with some instructions on how to use the spreadsheet.

If you think of something that you would like the spreadsheet to show, which it doesn’t already, let me know. Use the contact form above to send me a message. As long as the data is available in the SIMS reports then it can be included in any of the reports.

Hope this saves a few administrators some time with their number crunching!

Once data has been imported, it remains in the workbook.

Following the new Microsoft convention – we have a ribbon! This allows you to access all the functions of the workbook.

I recommend that as soon as any information is imported into the workbook, it is password protected and stored in a suitably secure area.

Upgrading to a New Version

Click the Import Previous Version button in the Manage section of the ribbon, and locate the older version of the workbook. Click OK and you can take advantage of the new features.

If you upgrading to 1.33, then you may need to import your Cover data again.